Talks and Writings of The Friedike Rebbe – Online in English 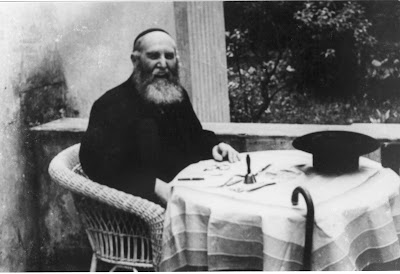 Five volumes of the talks and writings of the Friedike Rebbe and other literature describing the rich history of Chabad Chassidus, which have been translated into English, are available to read on line:

1) The Heroic Struggle - the Rebbe's autobiographical account of his arrest and imprisonment by the Soviet authorities, and his eventual liberation on the 12th of Shvat 5687 (1927).
2) Branches of the Chassidic Menorah - a compilation of various talks and writings, mainly describing episodes and personalities associated with the Alter Rebbe, plus an exchange of letters between the Friedike Rebbe and his son-in-law (and successor) the Ramash.
3) Links in the Chassidic Legacy - a compilation of biographical materiel, describing such great Chassidic personalities as the Vilenker brothers, Reb Avrohom Abba Person, Rashbatz and Reb Chanoch Hendel.
4) Likkutei Dibburim Vol. 4.
5) Likkutei Dibburim Vol. 5.
I will also place links to these volumes in the "links" sidebar, for future reference.