A Lesson in Intellectual Honesty 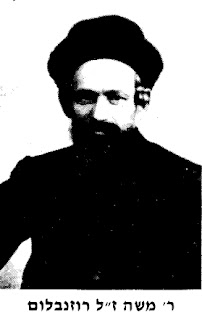 The following is an account of an episode that occurred in the winter of 5663 (1902-3), extracted from Divrai Yemai Ha’Temimim (pages 65-66), a history of Toimchei Temimim the Yeshiva in Lubavitch (published in Kerem Chabad, Vol. 3), by the secretary of the Yeshiva, HaRav HaChosid R’ Moshe Rosenblum (a short biography of whom is printed as a preface to Divrai Yemai Ha’Temimim – as an aside he was no ordinary secretary, his stature was such that he was one of only three people who merited to receive Smicha from the Rebbe Maharash).

One day, when the Menahel [the director of the Yeshivah, Rabbi Yosef Yitzchok Schneersohn, son and successor of the Rebbe Rashab] visited the students [in the main study hall of the Yeshivah], he set his eyes on a particular student. With his unique insight and exceptional sensitivity, he sensed that something was weighing heavily on the students heart and that there is no peace in his soul. Knowing this student to be possessed of superior abilities, the Menahel was especially interested in him.
At a meeting of all the faculty of the Yeshiva, the Menahel took the opportunity to investigate, asking those gathered their opinion of this student. All agreed without dispute, the conduct of this student to be good and wholesome in all respects. He dedicated himself to his studies at an exceptional level of diligence and depth and no imperfection – even in a matter of small importance – could be found. There seemed to be nothing to account for the Menahel’s impression.
However, being that it was in his nature to penetrate into the depth of each student’s heart and fathom hidden secrets, the Menahel made time each day to engage this student, discussing matters of study and making general conversation. The first time the student came before him, the Menahel told him as follows:
“Your superior abilities and diligence in your studies have not escaped me. Your worth is of value to me, therefore, I have set aside time so that if you may need any resolution in matters of study that you may be perplexed about and suchlike, you may then set the issues before me. I too will profit, for I will have the opportunity to present my thoughts as I strive to explain to you that which G-d helps me to understand. Any matters which we find to be of difficulty we will present before my honored father, the Rebbe, so that he may explain them to us.” 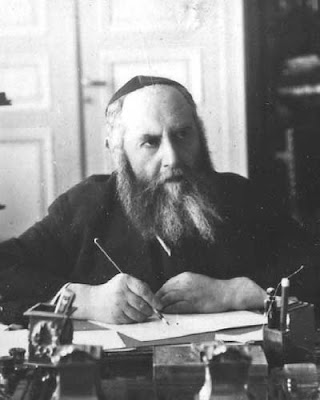 These words certainly aroused confidence in the student’s heart and he would come regularly to ask the Menahel about various matters that he had difficulty understanding. However, after several days had passed, the Menahel recognized that – although the student liked him well and the friendship he had shown him was being returned, nevertheless – the student had not yet entirely laid bare his heart. The Menahel knew that something was buried in the depths of the student’s heart, preventing him from fathoming the true depths of his studies, and the student was still hiding this matter from him.
One day, when they entered into conversation, the Menahel said to the student, “In order that you may comprehend your studies to their true depth, I request of you, that you reveal before me any question or line of investigation that stirs in your heart. Do not be shamed, for only then will you be able to grasp the truth and depth of the matter. As our sages said “a shy person does not learn”.
The student agreed that he was certainly correct; “However,” he said with a sigh, “you are demanding too much of me, for I simply cannot reveal all that is in my heart before you”.
“I do not speak to you as an interrogator, nor as one to decree or command, I question you only for the sake of the quality of your abilities and in order to lighten your burden. You are certainly able to understand any concept with complete clarity.”
“But I worry whether you will continue to have the same regard for me, once I have revealed the secrets of my heart.”
“I am in no hurry to know the secrets of others”, the Menahel replied, “whatever those secrets may be. The only thing that matters to me is that each student should know and understand the subjects that he studies to their depth and perfection, as far as his abilities allow – and in you I see that some hidden thing weighs on your heart, preventing you from coming to the complete depth of each concept. Because I desire your good and your happiness, I thought that perhaps if you would make known to me your confidence, I would be able to make things easier for you and explain the concepts to you in a manner that you will find satisfying.”
“There are certain concepts, which, in studying Chassidus, I was not able to understand, and these difficulties stand as an obstacle to my study of this discipline. Specifically, the names by which the “Sefiros” are designated, and all the various Kabbalistic terms in general, such as “Kesser”, “Atik” etc. Since, in my eyes, these concepts make no sense, I am unable to believe in them. If only I where able to grasp these matters with the lucidity that one is able to understand a “Sug’yah” dealt with in the Talmud! Then perhaps, I would believe in these concepts…”
Accordingly, the Menahel solved the riddle, and with a great deal of sympathy, spent much time to clarify these concepts for the student; with words of logic and intelligence, he gave him to understand and enabled him to logically assimilate these extraordinary matters.
This account speaks for itself. If only all teachers where so concerned, so open and alert to the often unspoken queries that trouble innocent hearts. If only all students were granted the confidence to express themselves, to articulate their doubts.
[As an aside, this account was written approximately the year 5670 (1910), ten years before Rabbi Yosef Yitzchok was appointed Rebbe, so there is no reason to suppose this account to be some-kind of exaggerated hagiography.]
Perhaps herein lays the key with which to heal the ailing education systems of today.
Certainly, I am over-simplifying both the complexities that beset today’s educator as an individual and the varied issues that beleaguer the diverse segments of the Jewish community.
Nevertheless, the education systems of the orthodox world may be split into two very general types, the modern orthodox and the Chareidi. In the Chareidi world serious questions are almost taboo and questioners are often perceived as near-heretics. The modern orthodox do not evade the questions posed by their students, however, rather than attempting to answer the question or acknowledge their insufficient knowledge, they often submit to the doubts of their pupils, choosing to distort the teachings of the Torah rather than defend its old age precepts. More faith is placed in scientific “fact” than in the traditions of our mesorah (see here).
In order to preserve our Torah in the pristine form that we received it from G-d, we need educators who are possessed of erudition, strength of character and determination. Teachers who will rise to the challenges of their pupils, who are concerned enough to honestly engage their students, and who command the breadth of knowledge and the depth of insight required to satisfy their thirst while remaining completely unapologetic.
Rabbi Yosef Yitzchok was the master of a unique discipline, which combines intelligence, intellectual honesty and a commitment to correctly assimilate theological truths. Perhaps, if we study his teachings and emulate his character we will all become better teachers.