This past week I have been reviewing the Shar Hayichud of Choves Ha'Levoves. Though the polemical discussion of Creationist theory is a topic that lies essentially beyond the parameters of Chassidus, belonging rather to the realm of Chakira, Jewish Philosophical Doctrine (a discipline that is complementary to but distinct from Chassidus), I will nevertheless take the opportunity to summarize the arguments presented therein (perokim 5-6). In Chassidus this Choves Ha'Levovos is cited tens if not hundreds of times, as the principle that אין דבר עושה את עצמו - "no being can create itself". 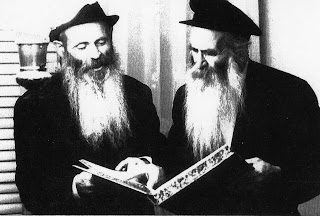 The fact that the world was created by a Divine being, who’s existence cannot be qualified by the limitations of earthly existence may be established by logical deduction:
(The following briefly paraphrases the general content of Choives HaLevovos, Chapters 5 and 6. For the sake of simplicity, clarity and time I didn't go into every detail and I also changed the order in which the points are presented.)

a) Earthly existence cannot have existed for ever, for measurable time (in whatever form) must itself have a beginning. If time itself extends backward into infinitude, we could never (in any span of time) have traversed an infinite divide to arrive at any particular point in time. Hence, earthly existence (or indeed any existence that is defined by some form of measurable time-span) must have began at some point, prior to which it did not exist.
b) Being that Earthly existence at one point did not exist, it must have been created. We may consider only two possibilities, either it created itself or some other being created it. On considering, the first possibility must be dismissed, for if created existence did not yet exist it could not have created itself. Hence it must have been created by some entity already in existence.
c) If we pursue this line of thought to its logical conclusion, we must deduce that ultimately there must exists a Super-Being, who’s existence cannot be measured in terms of the limited dimensions of time and space, but rather exists essentially and without qualification. It is this Super-Being (the Creator) who caused the existence of all subsequent beings (the creations).

[In general terms, we may describe the difference between Chakirah and Chassidus as follows: Chakira seeks to prove G-d’s existence within the confines of natural human logic. Similarly Chakira attempts to establish and explain our general relationship with G-d, the study of Torah, the performance of Mitzvot, etc. in rational, human terms. One's recognition of G-d's existence and one's entire of view reality is measured and defined in terms of the self and on the basis of one's own perception of existence. Chassidus picks up where Chakira leaves off, taking the conclusions presented by Chakira as given conclusions, unchallenged facts, and seeking to change the very way we think about that acknowledged reality, that acknowledged relationship between the Creator and the creations. Chassidus teaches us to define ourselves in terms of our relationship with G-d, rather than defining our relationship with G-d in terms of ourselves. Chassidus employs human logic as a gateway, as a means to open up the human mind to a super-rational worldview. While Chaikra is content to discover the Creator in the context of our physical reality, Chassidus wishes to discover G-d as he exists essentially.
For more on the difference between Chakirah and Chassidus see Hatomim Vol. 2, page 490 and onward.]