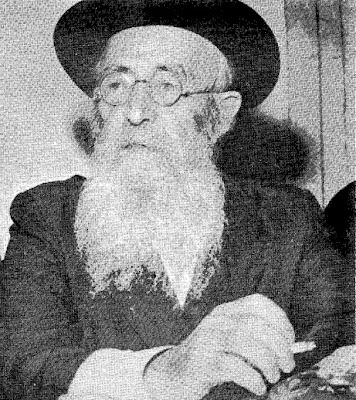 I was born to my parents, Avrohom and Rivkah Sussonkin of blessed memory, in the small town of Prepoisk, in Mohilev, White Russia. The town stood at a junction, from one direction the road led to Tzerkov and from there to Krimchev and Am’chislav. (The latter is mentioned in the Responsa of the Alter Rebbe, and I too feel a personal attachment to that town, for I studied there for two years.) In the other direction the road led directly to the city of Homel. This city is famous amongst Chabad Chasidim, for the great scholar and Chossid, Rabbi Yitzchok Izik Epsteen, known amongst Chabad Chassidim as Reb Izel Homiler, served as the Rabbi there and headed the Beis Din.

To the east of the town flows the River Sohz, which continues on to Homel and runs into the great river, “the Dnieper”. In those days, communication with the outside world and especially with a city so far away as Homel was conducted by way of steam-boats. In this district they had not yet developed autobuses, nor built locomotive-trains and the primitive forms of ground transportation where only used if there was some pressing need.

I was born on Erev Succos 5650 [Autumn 1889], although on my passport it is recorded that I was born in 1888 according to the secular calendar.

In 5655 (1894) when I turned five, I was enrolled in the “Cheder” of my uncle the Melamed, which was housed in one of the rooms in the synagogue. I learnt under the tutelage of my uncle for three semesters (A semester being half a year, either a winter or a summer).

Once, while in Cheder, my uncle left for a short while. The young students went into the main synagogue, which was still open. There a yeshiva student was praying alone, he was a guest who had come by steam-boat from the town Vietka. This student was a Tomim, a pupil of the Yeshiva in Lubavitch – “Tomchei Temimim”. In the manner of the Temimim, he wore a long coat and his face was crowned with paiyes. The people of Prepoisk where not used to such dress, for they all had short paiyes and short coats. Consequently, this yeshiva student looked to them like some strange creature, and when he walked in the street youngsters gathered around him, running after him and laughing at him.

In the Synagogue he prayed with devotion, with song and melody, in the manner of the prize students of Chabad. The cheder children imitated him with their voices and disturbed him from his prayers. When his patience was spent, he chased after them in an attempt to dispel them from the synagogue. They all ran away and he couldn’t catch them. However, I was a quite boy who did not imitate him, so I was not afraid to remain in the synagogue and he poured out all his anger on me…

Years later, when I was myself a student in Lubavitch, he came to visit the Rebbe as is customary (his was known as Shmuel Vietker) and I reminded him of his visit to my town, Prepoisk, and what had occurred then. He told me, that when he returned on the steamboat an entire party of Prepoisk youths gathered about him to mock him. They would not let him be and demanded that he sell them his paiyes. When he saw that it would be difficult to rid himself of them, he answered them that he would agree to their demand, without accepting any payment, so long as they would in turn fulfill a specified condition. When they heard his demand they backed down and he was left in peace.

Chassidim tell a similar story about the great scholar and Chosid, Rabbi Dov Zev Kazovnikov, who was the Rabbi of the Chabad Chassidim in the great city of Yakatrenislav, Ukraine. (Later, this position was occupied by the scholarly genius and Chosid, Rabbi Levi Yitzchok Schneersohn, the father of the present Rebbe.) He was referred to as Reb Bere Volf Yaketrenislaver, for amongst Chassidim it is not customary to crown people with titles. He had a very sharp personality and his mouth dripped with pearls of Chassidic wisdom.

In those days, when observant Jews traveled on the steamboats together with the non-Jews and Jews who mocked observance, they would not wrap themselves in a Tallis for the morning prayers. Rather, they would only wear their Tefillin, so as not to be overly conspicuous. They would also pray quickly, so that their fellow travelers would not have too much opportunity to ridicule them.

Not so Reb Bere Volf! To him there was no difference whether he was traveling or at home. He upheld the words of the Ramoh at the beginning of Shulchon Oruch, “One should not be ashamed of those who mock him”, to the fullest degree. His custom was as follows: First He would learn Chassidus, afterward he would wrap himself in Tallis and Tefillin, and pray at great length with extreme devotion. 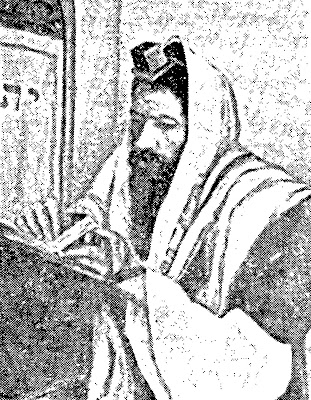 On one of his journeys, it occurred that a group of scoffers were seated at the far end of the steamboat. All of them sat with uncovered heads and none of them had ever seen, nor heard, a form of prayer like that of this Rabbi. All they knew of prayer was that in prayer you say words; there are those who do so quickly and there are those who do so slowly, reading aloud and with more patience. However, prayer out of song and melody, at times bitter and at times joyous – of such prayer their ears had never heard!

This was the first time in their lives that they ever saw such a prayer and they imagined that this individual must be some provincial Rebbe, an unsophisticated leader of Chassidim more primitive than himself. They were certain that they would now have an opportunity have a good laugh at his expense and without him even realizing that they were making fun of him. They prepared themselves for the tremendous outbreak of glee that would follow their mockery and with greedy eyes anticipated the completion of his prayers.

Once he had finished, they approached him, and extending their hands to him in greeting they requested the privilege of hearing a few words of Torah from as holy a personage as he. Reb Bere Volf listened to them with an assumed air of tremendous naivety and agreed to their request on two conditions: Firstly they must cover their heads; secondly they must agree to listen carefully to his sacred words.

The crowd of scoffers gleefully hastened to put on their hats, imagining that “the Rebbe” had fallen into their trap – now they would surely have what to laugh about! Once they had returned, with covered heads and earnest expressions of dutiful attention on their faces, Reb Bere Volf began to tell them about a small book called “Tanya”, authored by great and holy man. He told them that a holy man had once said of this book, “though it is a small book, its wise author managed to place inside it the infinite creator!”

Hearing this, they already wanted to burst out laughing, thinking that this “Rebbe” had no idea whatsoever that a band of irreligious and unconcerned scoffers were sitting before him. However, they did not wish to spoil the opportunity to hear his Torah teachings and so have occasion to mock him all the more, and with great effort they managed to quell their mirth.

“In this small book”, Reb Bere Volf continued, “Three types of people are described: A Tzadik, a Beineni and a Rosho. A Tzadik is someone who has entirely removed his evil inclination from within him. He is disgusted by the pleasures and interests that preoccupy the rest of the world, and his only pleasure is in the study of torah and the fulfillment of Mitzvahs, to which end he devotes his entire life. The opposite of a Tzadik is a Rosho, who’s entire world centers only on physical gain and pleasure, such a person has managed to remove from within him any good inclination. Once he is driven the good from within him, it is difficult for him to understand those who shun worldly pleasure. The Rosho imagines that such people are lacking in intelligence, for they simply do not know how to take advantage of the joys of life.

“A Beineni is one who’s evil inclination remains complete, and in this sense he is comparable to a Rosho, for the Beineni does not have the ability to banish it entirely, like the Tzadik. However, unlike the Rosho, the Beineni does no evil. The Beineni desires all the pleasures of this earth, however, knowing that the Torah forbids those pleasures, he uses his mind to rule over the desires of his heart. Therefore he is called a Beineni – intermediate type, for he is neither a Tzadik, nor a Rosho…”

His words penetrated them deeply, and they were prepared to leave without implementing their derisive designs. But Reb Bere Volf requested that they remain to hear him out to the end, then he continued: “These three levels are said with regard to humankind, however, they exist by animals too. For instance, by dogs: A “righteous” dog constantly crouches on the porch steps, ensuring that no one shall enter his masters house without permission. If the master gives permission, the dog allows one to enter. However, one who comes without permission, the dog barks at and does not allow to enter.

“Not so a “wicked” dog, he constantly roams to and fro throughout the entire courtyard, and if he sees anyone walking in the area of his courtyard – even on the other side of the street – the “wicked” dog already begins to bark. If the “intruder” doesn’t pass by quickly enough the “wicked” dog will jump on him from behind and is even prepared to bite.

“However, the “intermediate” dog doesn’t care who is walking in the street –even on the side of his courtyard – so long as one doesn’t actually enter the courtyard!

“In conclusion”, said Reb Bere Volf, “if I was praying in your corner, you would have had a right to claim that my prayer disturbs you. But when I pray at one end of the steamboat and you are seated at the other end, why can you not hold yourselves back? Why act like that wicked animal, entering my vicinity in order to debase me?!”