Note: The 12th of Tammuz is the anniversary of the liberation of the sixth Lubavitcher Rebbe, Rabbi Yosef Yitzchak Schneersohn from his exile in Soviet Russia in 1927. The Rebbe was arrested in June of that year by agents of the Yevsektzia (the "Jewish Section" of the Communist party) and the GPU (forerunner of the KGB) because of his work to preserve Judaism throughout the Soviet Empire. The Rebbe was sentenced to death, for his "counter-revolutionary" activities, but a miraculous confluence of events forced the Soviets to commute it, and then to release him altogether.
The full account of the Rebbe's arrest and liberation can be found here.
The following is a translation of an excerpt from the Rebbe's diary (written several months before his arrest and printed as an appendix to "The Heroic Struggle"), in which he describes how (on an earlier occasion) he was saved by Divine Providence from the hands of four GPU thugs. While traveling by train to Moscow, in order to meet with various Rabbis and philanthropists to plan and budget further efforts for the upkeep of Yidishkeit in the face of soviet oppression, the Rebbe happened to meet a high ranking member of the Soviet Secret Police through whom his salvation would be effected mere days later. 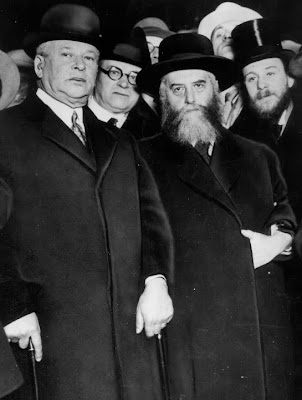