This will be the first in a sequence of posts, portraying great גדולי תורה of the previous generation, whose erudition, למדות and published works have unfortunately been forgotten with the passage of time. It is my hope that these Posts will restore these greats to their rightful position בהיכל התורה. 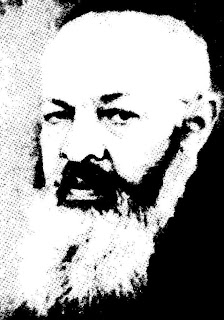 Reb Avrohom Elyeh Plotkin,[1] was born on Yom Kippur 5648 (1887) in the town of Rogatchov, birthplace of the renowned Goan and scholarly genius, Rabbi Yosef Rosen "דער ראגאטשאווער גאון" (“the Rogatchover”). With the passing of time, Reb Avrahom Elyeh would enter into correspondence with the Rogatchover and even received Smichah from him.[2]

The young Avrohom Elyeh studied in his home town and then in the Yeshivah of Babroisk, he was a diligent student and by the time he was 17 he had achieved a broad knowledge in Shas and Poskim. Though young, he was extremely intelligent, alert and self-aware, thus he had already formed strong opinions and a solid worldview. In the year 5667, he directed his footsteps towards the town of Lubavitch, hoping to be accepted as a student in the main study hall "דער זאל הגדול"of Yeshivas Toimchei Temimim.[3]

As he entered into the world of Chassidus, Avrohom Elyeh studied with his natural diligence and depth. The novel ideas and insights, the entirely different approach to understanding the fundamental principles of Torah and Mitzvas, the mission of the Jewish people and the nature of existence in general, forced him to reconsider his predetermined opinions. He was now forced to confront himself with the reality of his insignificance in the face the true greatness and omnipresence of the omnipotent G-d "דער אויבישטער". Avrohom Elyeh rose to the challenge, and under the guidance of the Menahel of the Yeshivah, the son and successor of the Rebbe Rashab (known today as the Friediker Rebbe), he sought to tear down the wall of natural self-interest that serves as a barrier to true service of Hashem.[4] His efforts bore fruit, to the extent that the Rebbe Rashab himself testified that even the physical features of his face underwent a change.[5]

Avrohom Elyeh’s good friend and Chavrusah during this period was הגה"ח רבי משה דובער ריבקין זצ"ל, Reb Berel Rivkin (a great גדול בתורה in his own right and later Rosh Yeshiva in Yeshivas Torah Vedas NY, a future post will be devoted to his portrayal). In a preface to Reb Avrohom Elyeh’s Sefer בירורי הלכות, he reminisces, “we where trusted, beloved friends, like brothers… I remember, as though it is being replayed before my eyes, those long winter nights, spent in one of the corners of the great study-hall of the Yeshivah. We would discuss Torah subject, matters of Halachah and Pilpul – with his wonderful abilities, his quick and clear comprehension, awesome capacity to of deep contemplation and his pure and straightforward logic, he would elucidate and illuminate each Sugyeh and concept with such complete clarity that all the difficulties and doubts would simply evaporate…”

[3] The Yeshiva in Babroisk was founded by Rabbi Shmayahu Noach Schneersohn, a grandson of the Tzemach Tzedek and a Rebbe in his own right. As well as the traditional study of Shas and Poskim, students were also exposed to some Chassidus, though not on the scale of in depth study that was espoused in Lubavitch. Perhaps the small exposure in Babroisk whetted the young Avrohom Elyeh’s appetite and influenced him to travel to Lubavitch.

[4] These efforts and the Friedkier Rebbe’s guidance will be described in the next post.